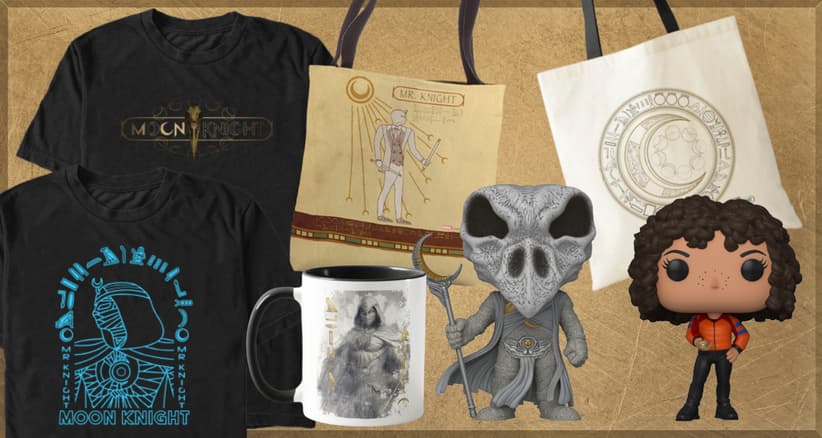 Summon the costume with the latest batch of Marvel Must Haves! Moon Knight has arrived and every week throughout the series we’ll bring you new clothes, accessories, toys and more based on and inspired by the show, and don’t forget to share what you must have on the networks social with #MarvelMustHaves!

What’s going on in Khonshu? The Grumpy Pigeon has definitely seen better days, like at the end of Marvel Studios Episode 3 moon knight, the moon god and revenge god Heliopolis has been sentenced to a prison of stone—literally. The other gods trapped him in an ushabti. So while his future might be a little murky at the moment, Khonshu is still the star of Marvel’s latest must-have roundup!

Find an extra-large Funko Pop Khonshu, including one that glows in the dark, in the latest batch of items inspired by the Disney+ series. Also joining the Pop extravaganza is Layla, who gets her own figure, complete with a tiny golden beetle. Plus, check out new t-shirts, accessories, posters, and more in the image gallery below!

Looking for More Marvel Must-Haves? Boutique WandaVision, The Falcon and the Winter Soldier, Loki, What if…? and Hawkeye here!