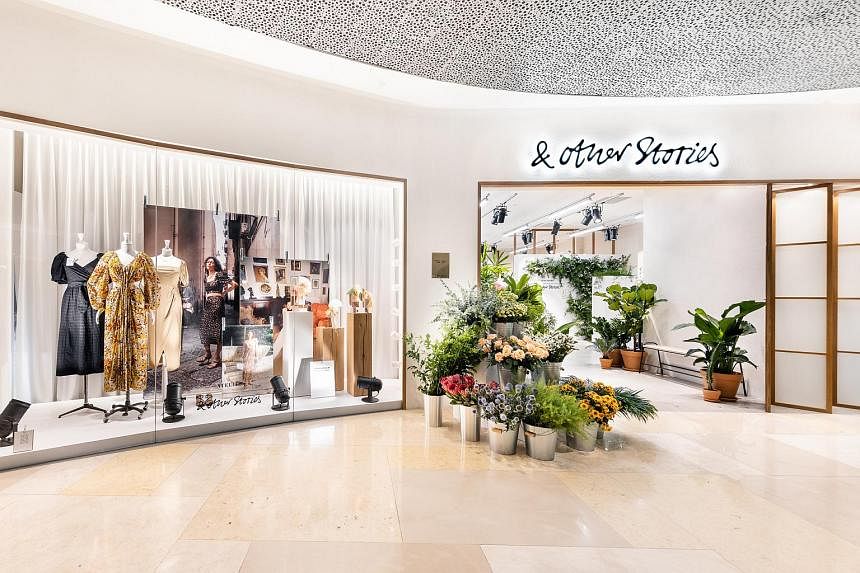 SINGAPORE – Walking into an & Other Stories store can be a delightfully upsetting experience.

I first came across one of these as a broke student many moons ago while on vacation in London. The space was overflowing with chic clothes and accessories for all occasions – sequin evening gowns on a single rack; sharp, tailored blazers on another. The paintings of scarves, jewelry and bags were equally enchanting.

I hiked for an hour in penniless wonder and stumbled out.

You may have come across the brand‘s eclectic boutiques on your own trips to the US and Europe, and perhaps wished you’d picked up a piece.

There is good news. The Swedish brand opens its first store in Southeast Asia in Ion Orchard on August 19.

Founded in Stockholm in 2013, the fashion insider favorite has quietly developed a cult following for its stylish clothes at high prices ranging from $9 for socks to $399 for a party dress.

His pieces strike a tasteful balance between the vibrancy of H&M and the understated chic of Cos. No surprise there – it is, after all, the sister brand of the two brands, owned by the H&M group.

Affectionately referred to as Stories by fans and employees alike, the brand is quick to say it targets “fashion-loving women who don’t go unnoticed.”

That specificity is part of its appeal, says managing director Lina Soderqvist — and it’s what led her to join the brand earlier this year.

During a media preview of the launch, the 51-year-old told the Straits Times: “It gives us a clear direction on what we should be offering. It’s always very important to have clarity when building of a brand, because you have to get that place in the customer’s head.”

Unknown to many, Stories was originally conceived as a beauty brand.

“But when developing the brand, the designers kept coming back to the importance of the ‘full look’. Beauty isn’t just about lipstick or nail polish, so they thought, why not create a concept that offers the full look?” said Mrs. Soderqvist.

And that’s how she launched with ready-to-wear, shoes, bags and an in-house beauty line. Due to local regulations, the brand’s makeup line will be launched in Singapore at a later date.

Stories is also unique because of its three design studios – in Stockholm, Paris and Los Angeles (LA) – which work independently but also together to create distinct collections for the brand.

Stockholm’s vibe is minimalist yet edgy; Paris offers feminine and decorated pieces with a nod to the city’s heritage; while LA is all about bold color and sass.